“The changes mainly apply to nurses in the UK, who can prove they were taught and examined in English (nursing studies) and their UK employer (working at least for a year under the employer) is willing to provide evidence to support their English proficiency (language skill) can proceed with NMC registration, without OET/IELTS. The change applies to worldwide nurses is clubbing validity for the English exam, which now has been increased to 12 months from 6 months. A full specification of the changes is awaited”, According to Dr. Agimol Pradeep, the King’s College Hospital coordinator for liver transplants, who has advocated for this cause.

“We’re pleased to say that the Council has approved the changes to NMC registration requirements for Internationally Educated Nurses. We will now prepare for the implementation of the changes from January 2023. We know many people are interested in this update, and we’ll share more about what this means in the coming weeks”, she said.

The adjustments will enable nurses with overseas training to “fulfill their dream” of working as nurses in the UK.

The first adjustment concerns the English language tests given by the NMC. In cases when candidates must combine the results of two English language tests, the NMC has decided to standardize the minimum scores it will accept. Additionally, it suggests extending the time frame from six to twelve months, during which applicants may combine their test results.

The second modification will see the body accept “supplementary information” from recruiters as additional proof of an applicant’s English language proficiency if they have received their English-language training in a “non-majority English speaking country” or failed to receive the required score on their English language test.

The motion was proposed after an eight-week consultation that garnered 34,000 responses, a record for any NMC consultation in the previous decade.

The proposals, according to Matthew McClelland, executive director of strategy and insight at the NMC, “will strike the right balance between maintaining the high standards of English that are necessary for safe, effective and kind practice” while also “providing additional flexibility” for those who are already contributing to the health and social care in the UK.

Some of those advocating for changes to the NMC’s English language requirements include Dr. Agimol Pradeep, liver transplant coordinator at King’s College Hospital, and Dr. Dilla Davis, nursing lecturer at the University of Salford.

This has brought a relief to thousands of India-trained nurses who have been struggling to pass the language test and gain registration despite living and working as healthcare assistants in the UK for more than two years. 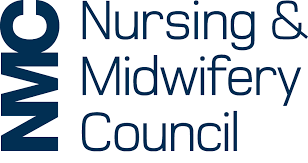